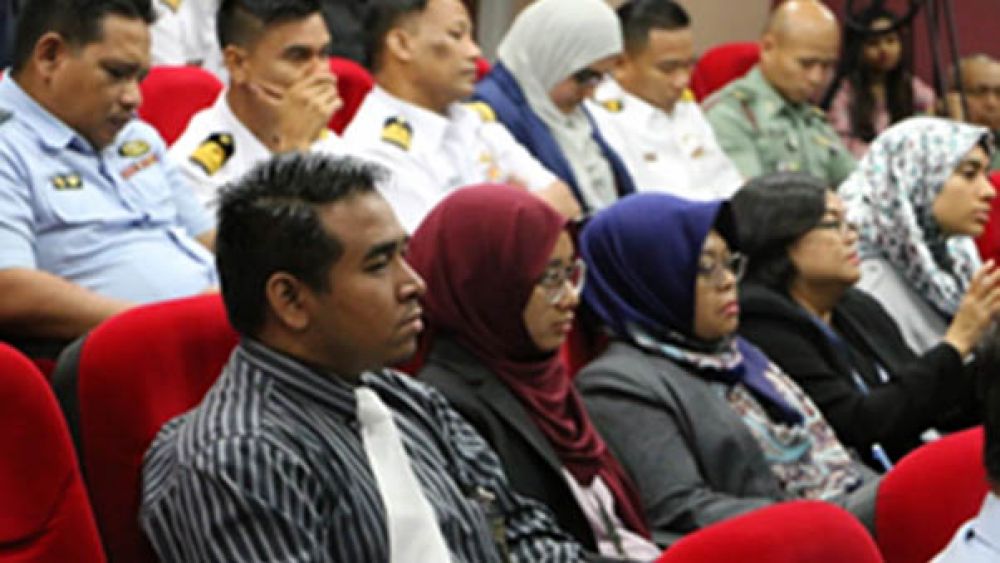 20 March 2019 - MiDAS Executive Dialogue Serial 2 in 2019 titled “A Holistic Approach to Assessing Security in the Indo Pacific” was successfully organised by the Malaysian Institute of Defence and Security (MiDAS) on 20th March 2019 at Auditorium Aman, MiDAS.

The presentation was delivered by Ms Asyura Salleh from United State (US) based think tank One Earth Future (OEF).Indo Pacific is a term that has become a root of confusion and contention in the Southeast Asia region. There has not been to date any real or clear definition on what Indo Pacific Strategy that was introduced by United States really mean and what affect it may have on this region. A report launched in February 2019 by OEF under its Stable Sea Program interpreted Indo Pacific in term of geographical concept and focused its study on the Sulu – Celebes Sea security challenges. The study was conducted in collaboration with Malaysia Institute of Malaysia, Mindanao State University, and the UN Office on Drugs and Crime (UNODC).

Ms Salleh in her presentation shared on how assessing Indo Pacific can be done using the Stable Sea holistic approach. According to Ms Salleh typically most policy makers tend to perceive maritime security development through the perspective of major power competition. The perception of maritime security that is attributed due to the increase tension in South China between US and China especially in respect to freedom of navigation is a narrow understanding of maritime security as there are many other tangible reasons that may affect its security.

She highlighted the nine key drivers that Stable Seas have found to have impact maritime security. The drivers consist of the causes, enablers and mitigating factors. Weak rule of law and coastal welfare has been found to be the root causes of range of illicit activities. The four illicit activities studied consist of illicit trades, fisheries, maritime mixed migration and piracy and robbery. In order to break the cycle study has shown that maritime enforcement, blue economy and international cooperation are the three successful mitigating factors. However despite having had identified the root cause and its enables, Ms Salleh did not deny that political will does play a role and the lack of streamlining of policy and procedures at federal and states does also contribute to maritime security.