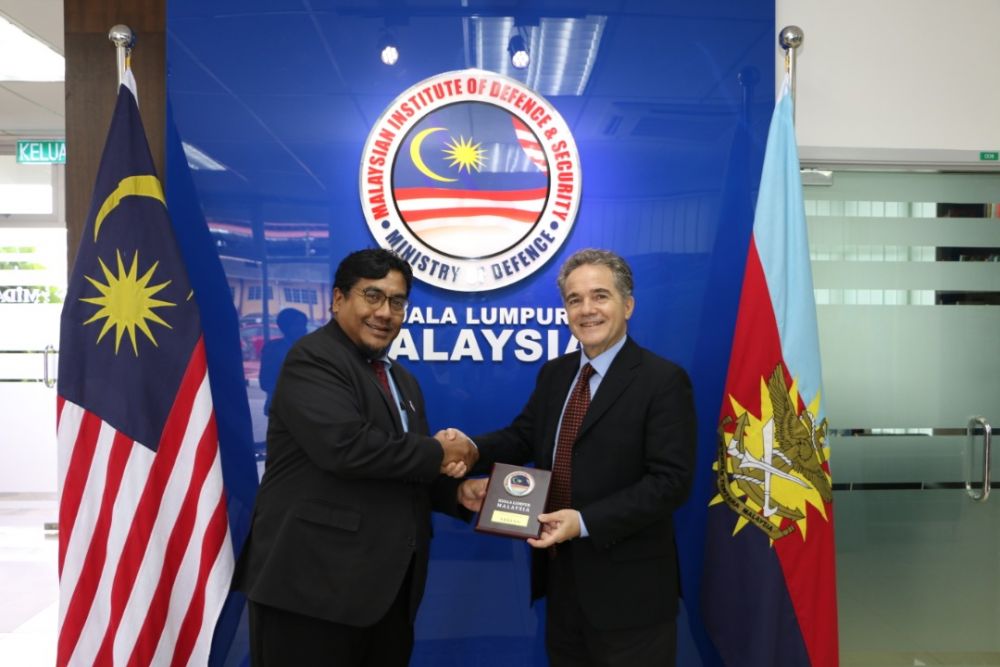 The delegation were also given an insight into MiDAS organization, activities and its function as a think tank for MinDef. As a token of appreciation Director General of MiDAS presented him with MiDAS's plaque.