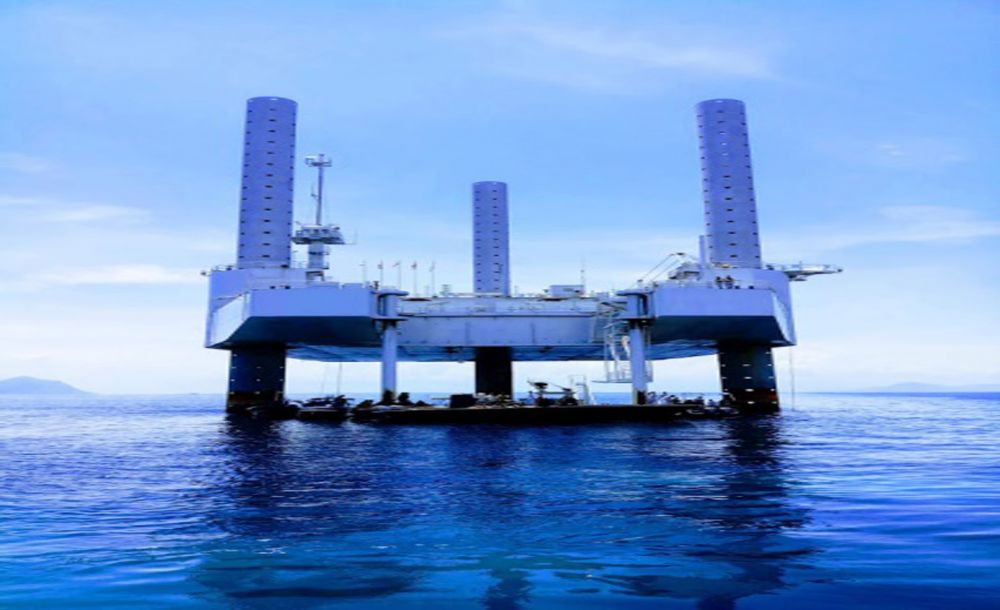 In the last few years, there have been many articles, news and talks on maritime security. Maritime security was first coined by the United States back in 2004 when they launched its national Maritime Security Policy. Now it is the latest widely used argot within the international relationship ambits to reflect security issues ranging from piracy in international trade to interstate tension in regions such as East China Sea and the South China Sea as well as the significant investment in emerging power naval capabilities. Hence, like other alternative international argot, it is a term that pulls attention to new challenges and rallies support for confronting these.

Discussions of maritime security often do points to ‘threats’ that prevail within the maritime domain (Feldt, Roell, & Thiele, 2013, p4; Klein, 2011, p10; Kraska and Pedrozo, 2013, p1; Roach, 2004, p41). They indicate threats such as maritime inter-state disputes, maritime coercion, piracy, trafficking of narcotics, individuals and illicit merchandise, arms proliferation and robbery, hot fishing, environmental crimes, or maritime accidents and disasters as well as terrorism. The argument is then that maritime security ought to be outlined because of the absence of those threats.

This ‘laundry list’ approach to shaping maritime security has truly been criticized as scarce since it will neither prioritise problems, nor provides clues whether it’s inter-linked, nor outlines how these threats may be addressed. In distinction to the ‘negative’ definition of maritime security as the absence of a variety of threats, this understanding provides a ‘positive’ conceptualization that comes to an explicit ideal-typical finish state that must be reached. Through this approach, there's but hardly any discussion of what “good” or “stable” order is meant to mean, or whose order it's meant to be. Instead, the discussion turns straight off to the queries of improving law enforcement at sea.

Geographically Malaysia is found in the centre of Southeast Asia between the Pacific Ocean and South China Sea on one side, and the Indian Ocean and Straits of Malacca on the other side. Its geographical attribute positions Malaysia as a maritime nation with continental roots, the bridging linchpin between the two ocean regions (Defence White Paper, 2020). These are the busiest sea route in the world and exceptionally petulant waters with overlapping claims as well as extraordinary control competition. Since, Malaysia is within the centre of so much sea activity, it is imperative for the Navy, the Armed Forces, and the people to place forth Malaysia as a maritime nation in the nucleus of future strategic thinking.

The recent inaugural Defence White Paper has defined Malaysia as a “maritime nation with continental root”. This without doubt gives an indication that Malaysia will be prioritising and place importance on Maritime Security be it in South China Sea, Sulu Sea or the Strait of Malacca. Hence the recent incident otherwise known as the West Capella in May has been the talk of town especially within the maritime security ambit. There has been a positive and negative narrative that has come out of this situation. On the positive note despite being involved in a month-long standoff a Malaysian oil exploration vessel in the South China Sea, according to the ship tracking website Marine Traffic dated 15 May 2020 the Chinese survey ship Haiyang Dizhi 8 has left Malaysia’s exclusive economic zone (EEZ). Throughout this standoff Malaysia should pride itself for having managed to resolve the situation amicable through quiet diplomacy without increasing tension in South China Sea.

However it is undeniable that the US and Australian warships have also conducted joint exercises in the South China Sea close to the West Capella during the standoff period, shortly after the Haiyang Dizhi 8 arrived. According to Washington-based Asia Maritime Transparency Initiative (AMTI) article dated 21 February 2020 published on their website, the China-Malaysia standoff had been going on for months. From the perspective of United States the presence of the Chinese ship and the way it moves represent an attitude of bullying other littoral states and China is taking advantage of the distraction of the coronavirus pandemic to advance its presence in the South China Sea. Some experts has also perceived that the inaction or quite diplomacy shown by Malaysia over the years is ineffective since, China still remain presence elsewhere within Malaysia’s exclusive economic zone (EEZ).

The fact of the matter is Chinese vessels have over the years been a consistent presence in the South China Sea and within Malaysia EEZ. However, based on facts and reports it is also undeniable that the highest number of ship that has encroached Malaysia boundary is not the Chinese ships but the Vietnamese fishing boat. According to a statement released dated 8 May 2019, the Ministry of Foreign Affair Malaysia explained that a total of 748 vessels and 7,203 Vietnamese crew members were detained between 2006 until 2019. This is a much higher number compare to the 89 times Chinese Coast Guard vessels were detected to have encroached into the country’s waters from 2016 to 2019 (Laporan Ketua Audit Negara 2018 Siri 3, 2020).

In term of food security and maritime economy the presence of the Vietnamese fishing boat is a much bigger threat economically compare to the presence of China survey vessels. According to Fisheries Department director-general Datuk Munir Mohd Nawi the depletion of Vietnam’s fish stock had caused the Vietnamese fishermen to trespass on Malaysian waters to plunder some RM6 billion in marine resources a year (David, 2019). Therefore, while China presence is a concern it is not as immediate as that of the Vietnamese Illegal, Unreported and Unregulated (IUU) activities within Malaysia EEZ and the South China Sea. Overfishing in the region has emerged as a major threat to food security and over the past 30 years fish stocks have declined by one-third and are expected to decrease an additional 59 per cent by 2045 if current practices persist.

The issue of IUU does not only affect Malaysia but it has also impacted food security among other littoral states within ASEAN. The effort to overcome IUU started back in 2011 whereby ASEAN Member States (AMSs) requested Southeast Asian Fisheries Development Center Marine Fishery Resources Development And Management Department (SEAFDEC) to provide assistance in coming up with guidelines to prevent the entry of fish and fishery products from IUU fishing activities into the supply chain of the inter- and intra- regional as well as international fishery trade system (Ali et al, 2015). The guideline was published in 2015 and in the following year The Joint ASEAN-SEAFDEC Declaration on Regional Cooperation for Combating Illegal, Unreported and Unregulated (IUU) Fishing and Enhancing the Competitiveness of ASEAN Fish and Fishery Products was adopted in 2016. This declaration is remembered as the turning point for ASEAN as various initiatives regarding IUU has been adopted and established. The latest is ASEAN Network for Combatting IUU Fishing adopted at the 41st Meeting of the ASEAN Ministers on Agriculture and Forestry (AMAF) on 15 October 2019 in Bandar Seri Begawan, Brunei Darussalam.

Therefore before Malaysia look into going head on with China on the encroachment issue it is much more practical for Malaysia and the rest of ASEAN member state to overcome the issue of IUU fishing within its water particularly in South China Sea. The AMSs should look into how the littoral states in the Mediterranean Sea and Australia overcome their food security shortage in its water and enhance existing initiatives. AMSs should also look into expending the IUU fishing cooperation and discussion beyond the ambit of ASEAN Economic Community (AEC) by involving the ASEAN Political-Security Community in its efforts. This will allow for a much better cooperation among member states with regards to the current situation in the South China Sea as well as curb the involvement of outside interference. Furthermore, this will also ensure that ASEAN centrality is uphold despite the Big Powers and its allies competition in South China Sea.

Klein, N. (2011). Maritime Security and the Law of the Sea. Oxford University Press.