The Secretary of Defense Lloyd J. Austin III delivered his speech at the 40th International Institute for Strategic Studies (IISS) Fullerton Lecture, Singapore, on 27 July 2021. Among the salient points in the speech were, firstly, the US will help the region recover from the COVID-19 pandemic, which affected public health and the economy. Secondly, the Biden administration will assist in deterring conflicts affecting the security of the region through investing in cooperation and capabilities of the region to tackle the issue. And, thirdly, the US will commit to building a free and open Pacific region. Austin’s speech indeed echoed President Biden’s “build back better” plan.

The US has continued to demonstrate its global leadership in public health and humanitarian assistance in facing the COVID-19 pandemic. The full range of US resources to contain and prevent the spread of COVID-19 diseases has been deployed not just at their home, but also across the globe including the Indo-Pacific region as one of the top priorities. Austin mentioned that the US assisted several countries in providing medical aids, namely, testing equipment, oxygen supplies, Personal Protective Equipment (PPE), ventilators, and storage for vaccines. He added that the US contributed 40 million doses throughout the Southeast Asia region and believes that working on the fundamentals helps solve the issue of the COVID-19 crisis. He also explained that under the Quad's vaccine initiative, India, Japan, Australia, and the US are committed to produce and deliver a billion vaccine doses for the Indo-Pacific region. In addition, the US and South Korea have established a comprehensive Global Vaccine Partnership which aims to produce up to a billion vaccine doses in 2021.   The assistance and cooperation led by the US on COVID-19 are truly welcomed and will benefit many countries that are still struggling in containing the virus. In early July, Malaysia received 1 million Pfizer-BioNTech vaccine doses and was among the earliest countries to receive as part of the US vaccine contribution worldwide.

THE IMPORTANCE OF THE US-ASEAN RELATIONSHIP

Secretary Austin admits emphasis on the important role played by ASEAN Defense Ministers Meeting-Plus (ADMM-Plus) in the region's security architecture and reaffirmed his commitment towards the setup. He commended the effort made by ASEAN on the issue of Myanmar and called on Myanmar’s military to adhere to the ASEAN Five-Point Consensus. He also noted ASEAN’s central role in the region. However, he asserted that the Quadrilateral Security Dialogue (QUAD) could be a complementary mechanism and make the region's security architecture more durable. It will be interesting to see how the US will maneuver Quad as a complementary mechanism for ASEAN. The regional organization has a tradition of preventing interference from external powers.  It is expected that ASEAN will stand firm with its ASEAN Regional Forum (ARF) and ADMM-Plus in ensuring peace and stability in the region.

BIDEN ADMINISTRATION AND THEIR DEFENCE PERSPECTIVE IN INDO-PACIFIC

During the previous administration, the ``free and open Indo-Pacific policy clashes with Trump’s principle of ‘America First’, which undermined the implementation of the policy in the region. However, the Biden administration has shown commitment to move away from the previous policy into a more significant involvement within the region. Secretary Austin stated that the US is also actively engaging with countries like Singapore in cyber-defense cooperation and Japan to deploy new sensors in space to detect potential threats. The US also held maritime exercises, namely, the Pacific Vanguard and Talisman Sabre with Japan, Australia, and the Republic of Korea.   The former Army General also discussed integrated deterrence. He explained that integrated deterrence means using every military and non-military tool within their allies and partners. He further explained that integrated deterrence is about using existing and building new capabilities, deploying them in networked ways. The integrated deterrence is tailored to the region's security landscape. This is an interesting concept, nevertheless, it remains to be seen how it will develop into a workable and practical policy.

Secretary Austin stated that Beijing’s claim on the vast majority of the South China Sea has no basis in international law. He asserted that the US would continue to support the region's coastal states in upholding their rights under international law. Nevertheless, he also stated that the US is committed to pursuing a constructive and stable relationship with China, including a better crisis communications system with the People’s Liberation Army. Interestingly, Secretary Austin stated that the US encourages states not to choose between the US or China but rather focus on building cooperation. Despite the pandemic, the ‘Great Power Competition’ in the South China Sea continues to gain momentum. The US and China must remain committed to diffuse the tension and avert any possible conflict in the South China Sea. In addition, both the US and China must ‘walk the talk’ on not expecting countries in Southeast Asia not to choose sides.

Secretary Austin reaffirmed the commitments of the US towards the states in the Indo-Pacific region that stressed the importance of maintaining partnership and working towards a common goal of inclusivity, security, and prosperity of the region. It is interesting to see how the US would group its allies and work hand in hand to take on the issues plaguing this region in the future? One thing can be taken from Secretary Austin’s speech, the US is willing, now more than ever, to assist ASEAN in addressing issues that are currently present in the region. However, Secretary Austin seemed to steer away from discussing the issues of the South China Sea, and that could only represent one fundamental thought, that the US may not be ready to disclose or publish its approach or policies for dealing with the difficulties in the South China Sea region. 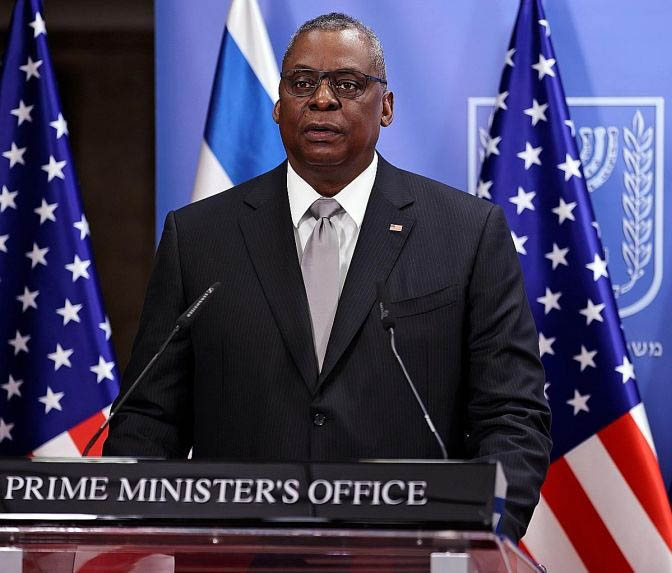