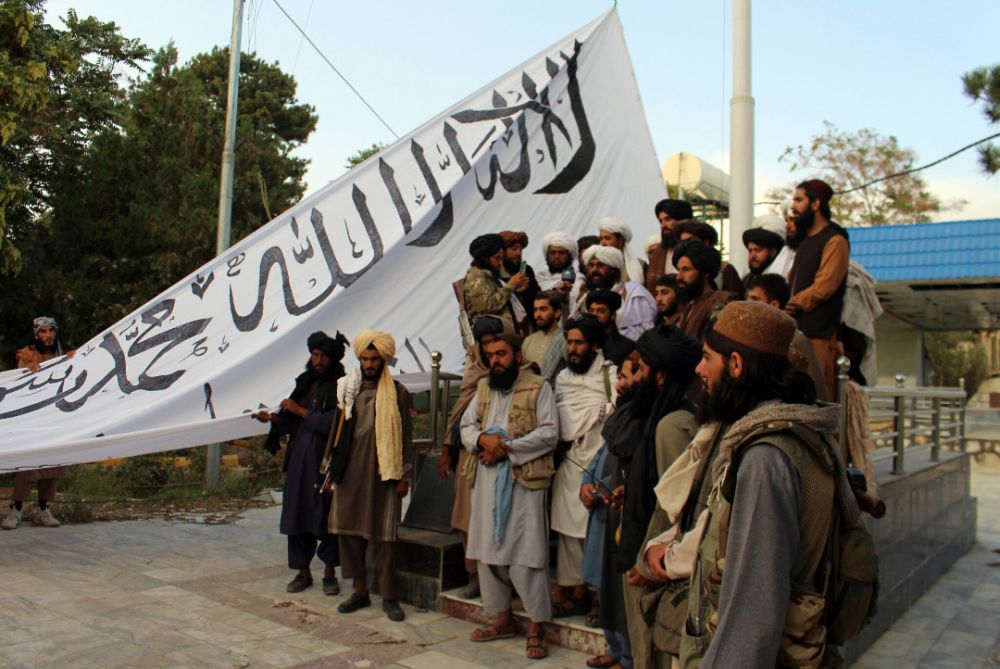 Lawrence of Arabia said during the Arab Revolt, ‘the terrain better suited our tactics and we waited for them…we had every advantage, of time, of terrain, of number, of weather, and could checkmate them easily.’ Such wisdom depicts the present situation of the Taliban in Afghanistan.

The Taliban knew the Americans would not be in Afghanistan forever. Even though they had to wait for 20 years, their persistence paid off. 15 August 2021, the day the Taliban entered Kabul without firing a single shot. Patience is indeed a virtue. Unfortunately, this latest piece of history provides a strong message and powerful narratives for extremists around the world.

As part of the Doha Agreement made in February 2020, the Taliban vowed that Al Qaeda would not be allowed to use Afghanistan to threaten the security of the US or its allies. The Taliban is also no longer listed as a terrorist organisation since its involvement in the political processes in Afghanistan. Nevertheless, the group is still part of the United Nations sanctions regimes, namely, several restrictions on the supplying of arms or related material, the provision of services related to military activities, providing assets to designated persons or entities, dealing with the assets of designated persons or entities, and travel bans on designated persons.

Despite the Taliban’s promise not to provide a safe haven for Al Qaeda, a United Nations Security Council (UNSC) report dated June 2021 provides disturbing findings. Among them were:-

Based on the UNSC report, Al Qaeda is not the only concern in Afghanistan. There are other terrorist groups in the country. Critics are sceptical that the Taliban could keep to their promises, while some argue that the present Taliban is different from the group in the 90s. Nevertheless, the international community should continue to put pressure on the new leadership of Afghanistan

Efforts to glorify the triumph of the Taliban have already begun. On 20 August 2021, it was reported that Al Qaeda in Arabian Peninsula (AQAP) made a statement congratulating and praising the Taliban for its victory in “liberating” Afghanistan. It was also reported that upon the fall of Kabul, the Jemaah Islamiyah in Indonesia distributed the Taliban’s strategies and combat tactics via social media. There are also groups in Indonesia that proposed the Taliban to set up a branch in the country and had plans to send a committee to learn from the Taliban. Malaysians too are following the situation in Afghanistan. There are those who praise and support the Taliban’s victory.

In view of the latest development, a former Malaysian Counter-Terrorism Officer, believes that terrorism is an evolution or a cycle that repeats. He argued that the Malaysian intelligence community should not dispute the possibilities of international terrorist groups, including Malaysians, to be active again in Afghanistan like in the 90s. Should it happen, Al Qaeda will re-emerge as a serious threat. He recommended that Malaysian authorities should invoke the Special Measures against Terrorism in Foreign Countries (SMATA) Act. Such a move is to prevent Malaysians from travelling to Afghanistan or nearby countries. It will curb Malaysians from potentially participating in terrorism activities in Afghanistan. He also argued that statements made by the Taliban leadership on moving away from terrorist groups should be taken with a pinch of salt.

Zan Azlee, a social media expert, also has similar views. He argued that the manner in which the Taliban took over the country does not warrant the group to be trusted. Moreover, since 15 August 2021, thousands of Afghans, including the President, have fled the country. Such a situation reflects the level of distrust the Afghans have in the Taliban. He also said that there is yet a statement made by Malaysia regardless of whether it is from the Government or social media influencers raising concerns on the ongoing situation in Afghanistan. Such a statement would assist Malaysian Prevention and Countering Violent Extremism (PCVE) practitioners in echoing the correct narratives on Malaysians supporting the Taliban.

Thomas K. Samuel, a PCVE consultant was pessimistic that the Taliban had really changed and was of the opinion that the Taliban had to be judged based on what they had done and would be doing rather than what they had been saying. He was of the opinion that their resurgence and take over in Afghanistan would lead to a boost in morale and vindicate the religious militant ideology at the global level. Echoing Professor Greg Barton (Deakin University), he highlighted that the victory that the Taliban had over both the US and NATO forces would be actively used as propaganda to show divine approval for their religious cause. This narrative would be capitalized by other religious-based violent extremists on the basis that, “If the Taliban could do it, why not us?” Thomas highlighted that those who were actively welcoming the success of the Taliban as a victory of the people in Afghanistan was ironically turning a blind eye and a deaf ear to thousands of Afghan people who were actively and desperately trying to flee the Taliban. He was of the opinion that effective countering of violent extremism required humility, wisdom and perseverance; of which no amount of weapons or technology could substitute.

Given that in the past there have been Malaysians who received combat training in Afghanistan and also became foreign fighters in Iraq and Syria, it is sensible for Malaysian authorities, counter-terrorism and PCVE practitioners to be alert and keep abreast with developments in Afghanistan. The road to countering terrorism is a long one. Now, the road has perhaps gotten longer.