The Civil Military Corporation (CIMIC) is in line with the concept of the nation-state as noted by Sun Tzu (The Art of War) and Clausewitz (On War). Thus, CIMIC is not a new element for our country because the evolution of nation building and Malaysia has witnessed the cooperation established over the years through the implementation of the concept of KESBAN (Security and Development) and HANRUH (Total Defence) since the post - Merdeka era. It is a well-known fact that the main role of the Malaysian Armed Forces (MAF) is to fight on the battlefield and train in peacetime, but the MAF also has many secondary roles such as Peace Keeping Operation (PKO), Military Assistance for Civilian Authorities (MACA) and many more. During the COVID -19 pandemic period, CIMIC's cooperation was strengthened with a combination of various forms of expertise as well as Military and Civilian skills. The impact is not only felt at various levels of agencies but also by the people themselves

Starting with the close cooperation of the Military and Police implementing Roadblocks (SJR) throughout the country, Op Benteng under the National Task Force (NTF) was established to strictly control the country's borders to prevent illegal immigrants and prevent the spread of COVID -19. The Task Force comprises of 19 military and non - military agencies as well as non - uniformed government departments. This strict enforcement has recorded much success including the arrest of illegal immigrants and the detention of tekong. From May 2020 until Sept 2021, a total of 15,787 illegal immigrants and 1,149 tekong was arrested involving 718 locals and 431 foreigners.

The cooperation in the aspects of health and medicine is also widely implemented. To make the National Vaccination Program a success, the MAF supports the National COVID - 19 Immunization Program by providing vaccinations not only to MAF members but also families, civil servants and frontliners in MAF camps and facilities to accelerate the nation's achievement of cluster immunity. For example, last August, a total of 1,840 residents of Felda Sungai Panching Selatan and Panching Low Cost Public Housing (PAKR) received vaccinations organized by the Joint Forces Headquarters, Kuantan Pahang. Such programs are also vigorously implemented to the more remote parts of Sabah and Sarawak and the latest is the joint-cooperation with the Ministry of Education.

Would such response indicate that the MMEA has been lenient over the years or a lack understanding of the maritime map by the ship master? There has been cases in which argument have been put forth that Malaysia has violated UNCLOS. However, it is well known that there are no “international waters” outside Singapore waters; ships are either in Singapore, Malaysia or Indonesia. When anchoring off Malaysia, it should be borne in mind that Malaysian territorial waters extend 12 nautical miles from the baseline, if not limited by other State boundaries. In addition to the MSN, the Merchant Shipping Ordinance 1952. Section 491B of the ordinance requires ships to notify the director of marine or port office regarding its planned actions within the territorial waters. Ships may be required to pay a fee for conducting such activities. It should be noted that the ordinance has recently been amended to include “anchoring in non-anchorage areas”.

History is also made when Tuanku Mizan Military Hospital, Wangsa Maju Kuala Lumpur activated the Disaster Management Zone (DMZ) to assist in the management of COVID level 3,4 and 5 patients in the Klang Valley. This DMZ is located in the underground parking lot of Tuanku Mizan Armed Forces Hospital which is an existing facility specially designed by the MAF since the construction of this Hospital 20 years ago. The DMZ is equipped with a centralized oxygen supply, vacuum ports and a special electrical wiring system for the purpose of biological and chemical disaster preparedness. The MAF also built Field Hospital to help some public hospitals that could not afford to accommodate the increasing number of COVID patients. A total of 9 Field Hospitals was established throughout the country with the latest being built in Penang.

Not to stop there, the Military is also involved in assisting the MOH under the Greater Klang Valley Special Task Force (GKV STF) Program. Nearly 1000 military personnel have assisted in general assignments in hospitals around the Klang Valley in the aspect of funeral management to enable the existing health staff to focus on saving the lives of patients. 6 medical experts and members from various branches of the MAF service, especially from the Eleventh Malaysian Infantry Brigade, Sungai Buloh, Selangor were also involved.

The Royal Malaysian Air Force is of no exception in making this CIMIC mission a success. The delivery of vaccines, medical equipment and food box donations have been done throughout the country to the rural areas of Sabah and Sarawak such as in Long Pasia, Ba'kelalan and Bario. A total of 33 flights had flown from March to July 2021 with deliveries of a total of 61,567 lbs of medical necessities as well as vaccines. It was flown using RMAF aircrafts such as A-400, C-130H, CN235 and also EC 725AP Helicopter.

Despite the difficulties encountered during this pandemic period, the wisdom that can be harnessed for the common good has surfaced. For example, the strengthening of closer cooperation and understanding between the Military and the Civilian, especially in the fields of medicine and health is undeniable. Many confusions and grey areas have been untangled, and the coordination network and procedures have been streamlined to ensure that services and assistance are delivered successfully. In turn, it opens up greater space for both services to develop and further expand the human resource element to strengthen the aspects of medical assistance and public health of the country. The impact is that the country will have a number of experts who can be mobilized for any form of humanitarian crisis and disaster relief within and outside the country. For the long term, the MOH and MAF (particularly the Medical Corp) can look at different forms of cooperation in the aspects of raising, training and maintaining human resources and related health services.

Furthermore, this cooperation can be strengthened by creating a Group Collaboration based on the expertise or Working Expert Group that can be highlighted at the international level. The role of this working group is not only limited to dealing with emerging pandemics and infectious diseases but it can also cover aspects of Chemical, Biological, Radiological and Nuclear threat management. With the advantage of the Malaysian Team's experience in Cox Bazar, Bangladesh, United Nations (UN) peacekeeping missions and special missions in troubled countries, it will be an added value to this cooperation. Through training and research as well as the responses that can be given, Malaysia is able to become a reference expert in the aspects of disaster management and humanitarian assistance in the ASEAN region and in other countries.

This effort will not stop at this point because in support of the pillars of Comprehensive Defence, CIMIC is indeed the main platform that boosts the synergy between the MAF, the government and the people. As outlined in the concept of Comprehensive Security (COMSEC); the entire security and non-security machinery of the country at various levels must mobilize both the energy and efforts and shoulder joint responsibility for the security and defence of the beloved country. 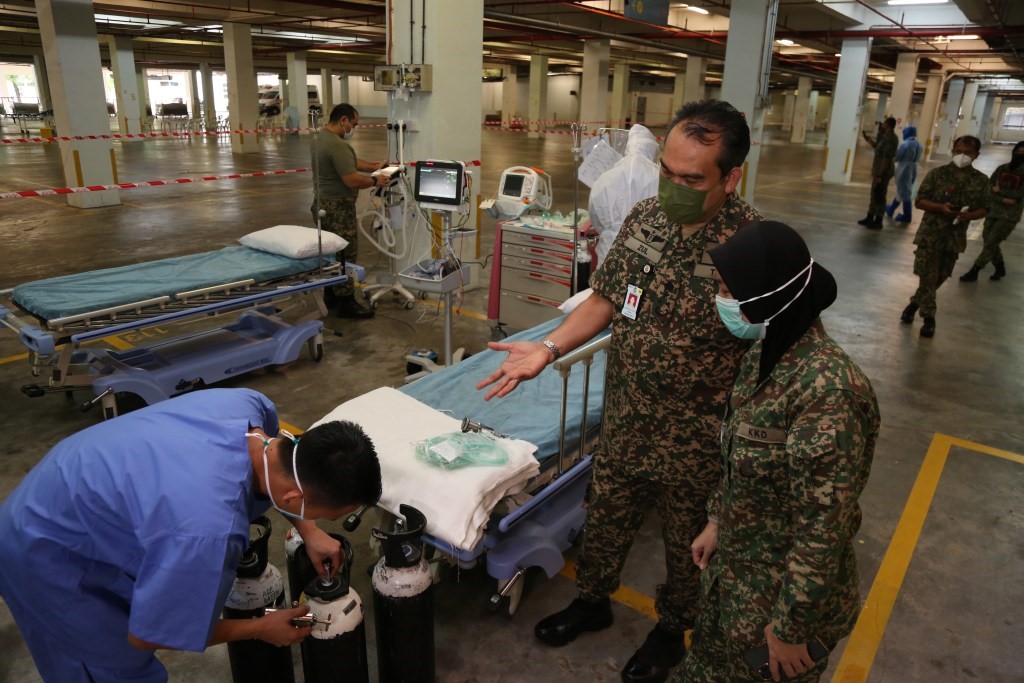