Round Table Talk- US Government & Maritime Issues In The Sea Region

Unit Chief for the South China Sea, East Asia Pacific Bureau at the United States Department of State. They were both accompanied by Cdr Drew Marocco and Ms Urfa Qadri both from the Embassy of the United States of America.

The Acting Chief Executive of MiDAS Mr Noor Hisham Rosle and Mr Harris both led the talk and discussion. The visit ended with an exchange of mementoes and a photo session. 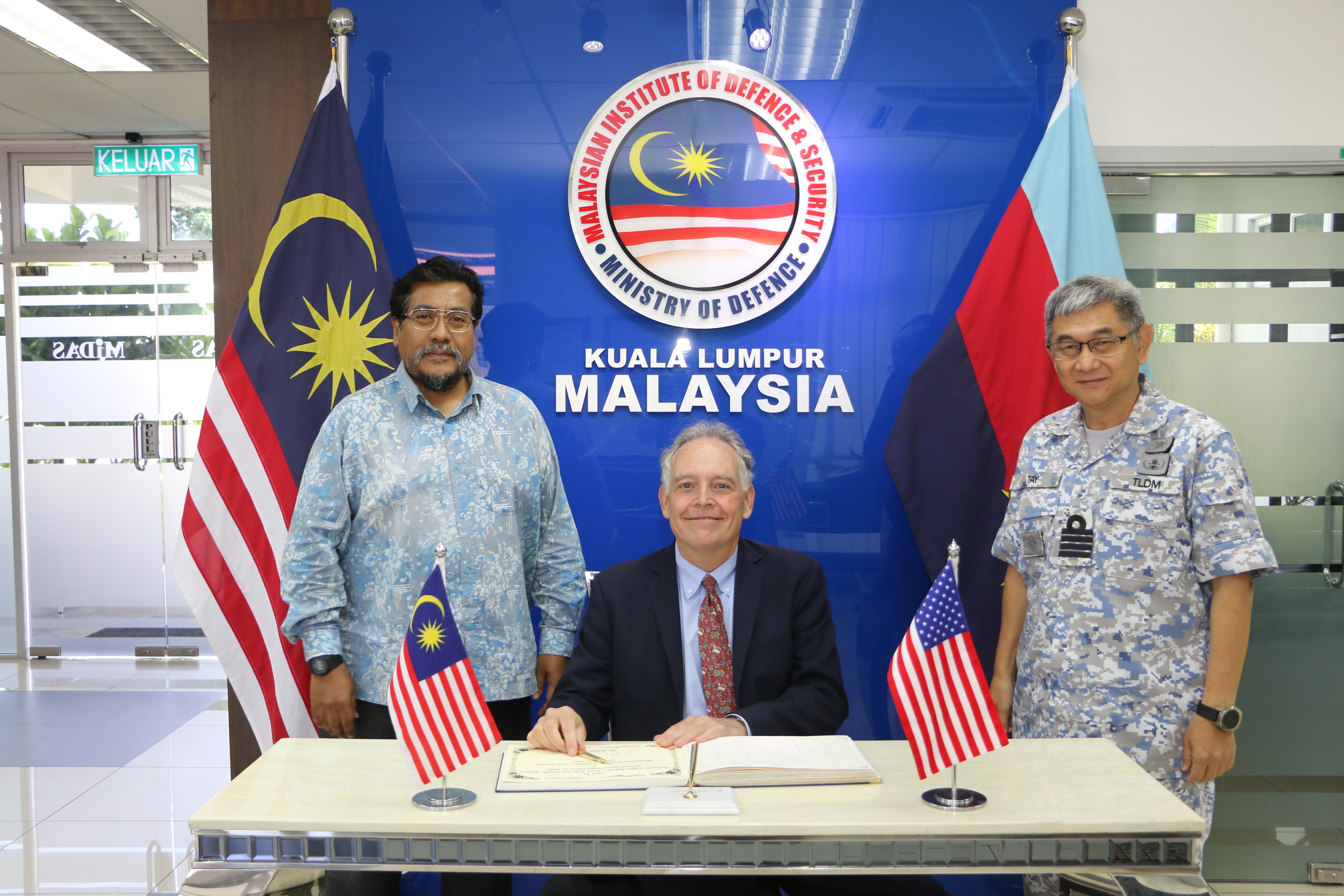