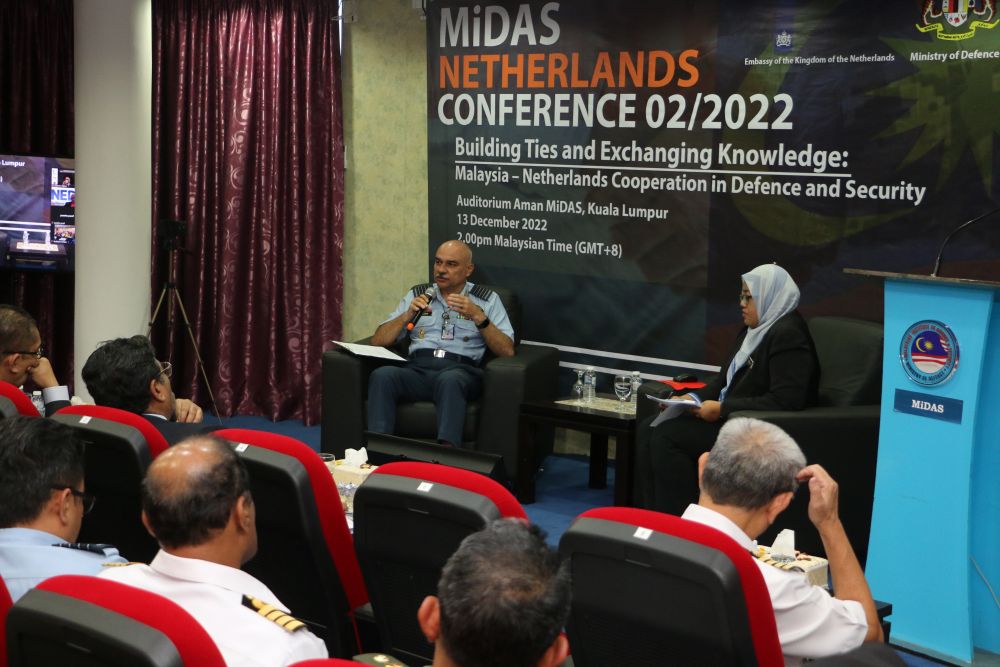 13th December 2022-This is the second MiDAS-Netherlands collaboration in hosting an international conference addressing defence and security issues. This conference was held at Auditorium Aman, MiDAS in hybrid mode (physical and virtual) and started at 1430H.

The theme of the conference was “Building Ties and Exchanging Knowledge: Malaysia-Netherlands Cooperation in Defence and Security”. The discussion covered mutual values, guiding principles and strategic engagement in the first session whereas in second session about strengthening defence industries. Opening remarks was delivered by Ambassador Jacques Louis Werner, Ambassador of the Kingdom of The Netherlands.

The conference keynote address was delivered by the Secretary General Ministry of Defence, Malaysia, Dato’ Sri Muez bin Abd Aziz. In his address, he highlighted that this year marks the 65th anniversary of both countries bilateral ties. He mentioned common interest of both countries and ongoing mutual commitment and also stated regarding defence industry development. He iterated there is so much Malaysia can learn and emulate from the Netherlands and looks forward to more constructive engagement with the Netherlands in 2023.